Once a year the small Midwestern town of Jordan, MN puts on HeimatFest.  Roughly translated to Hometown Festival.  Jordan boasts 6140 residents (they only recently updated the population signs from 5792).  Just your average, small town place.  We live just one block from downtown in a 100 year old house.  Last night there was a Classic Car Show and Cruise.  We gathered up the kiddos and strolled down one block to First Street between Varner and Rice.  Classic cars of all makes and models...from Model T trucks to 1955 Cadillac Coup de Ville to 1962 Jaguar to lovingly restored Volvo's and so many more.

We ate street food: tacos, brats, cotton candy, popcorn, snow cones, cookies, root beer floats, egg rolls, pop, beer, hot dogs and so much more (I'm not telling what exactly I ate!).  Our little town of 6000 and there had to be nearly twice that many people there.  The Tuxedo Band played for a street dance.  They were quite good.  Korban (2) and I got in one dance.  Here are Beka and Jason as the dance got started. 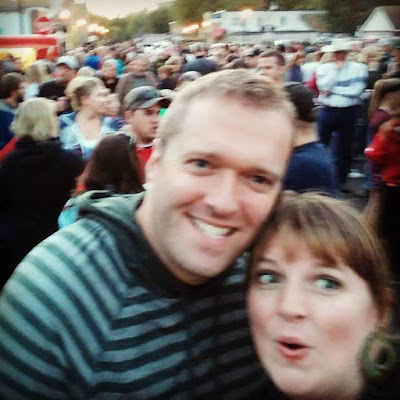 Today, Saturday started off with a 5K run and a 1/2 mile fun run.  Beka, Jakob and Mercedes took part.  Mercedes was so proud of her participant's medal that she was still wearing it this afternoon as she left for a birthday party.

Then came the parade!  Here we are one block from home, all lined up waiting for the Color Guard to announce the beginning of the parade. 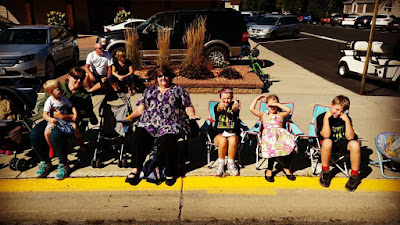 The 1 1/2 hour parade had it all!  The Jordan HiematFest Queen and her court, firetrucks, police cars, the Senior Queen and Princess (the kids thought I could be the Queen some day!) 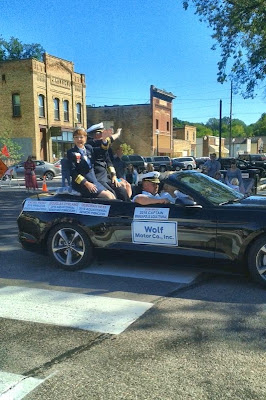 There were cheerleaders, gymnastic groups, preschools, church floats and of course, Ronald McDonald himself! 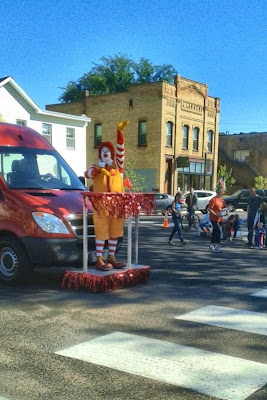 There were even horses and Poop Bingo....I don't think any of the horses cooperated, though. 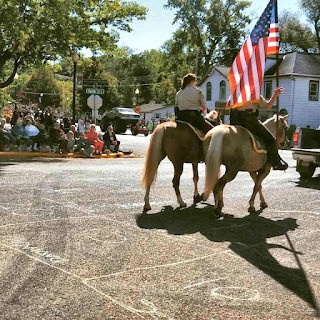 The Jordan High School Marching Band was impressive (and they could play too!). 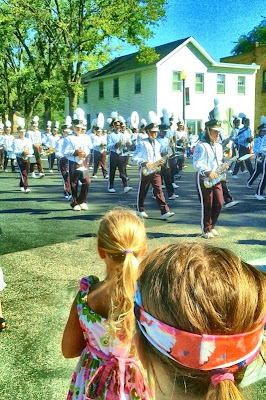 There is some kind of local festival nearly every weekend within driving distance and each festival has it's Queen and her royal court. There must have been 10 or 12 such floats with pretty girls in fancy dresses and glittery crowns.  The little girls in the family were enthralled.  Two groups had ethnic costumes to represent their festival. The Czech Heritage Jr. Royal Court had male ambassadors as well as a queen and princesses. 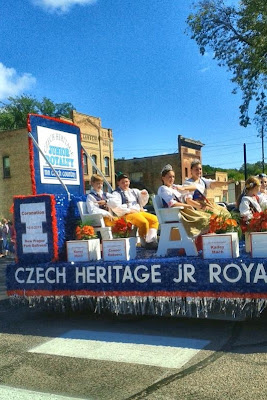 Lots of local businesses had floats too.  Noble RV had a huge, brand new bus/RV, the drilling company had a giant truck, there were tractors and more.  This little gal was riding a cushion of  air instead of water behind a big boat. 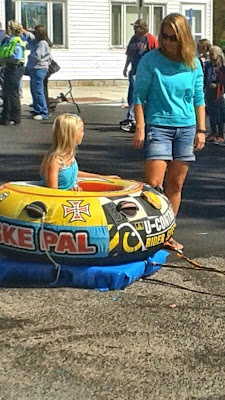 You can't forget the vets marching, the political parties, the insurance companies and more.  Everyone had an entry.  Here is the Jordan High School Cross Country Team inside/on some kind of farm trailer all decked out for the Festival. 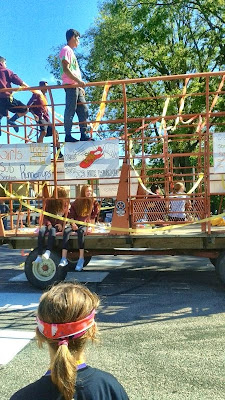 Nearly every entry was throwing candy to the children. Many on the sidelines were equipped with bags or pillowcases.  Our kids didn't know so they had to fill their chairs with candy, Frisbees, cups, and more.  The local medical clinic passes out bags of carrots and someone gave out string cheese.  Here's Mercedes with her haul! 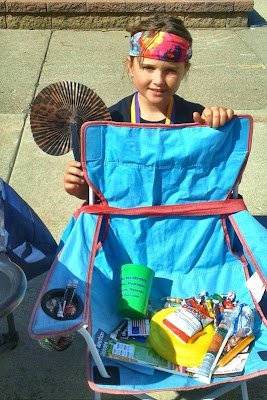 The festivities go on all day!  Up at Lagoon Park (3 blocks away) the Jordan and Shakopee Fire Departments are having contests. 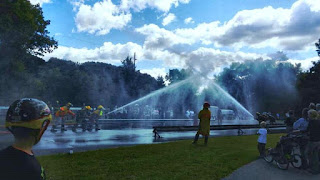 There's a volleyball tournament, a fishing contest, corn hole tournament, horseshoes and so much more.  Food tents, craft booths, bounce houses.  There's enough fun for all day.  HeimatFest 15 will finish up with a huge fireworks show tonight at 9 pm.  And that's how we celebrate the hometown in little Jordan, MN.

Posted by BrendaLou at 2:06 PM No comments:

Is it Fall already?

The weather has turned. For a week or more temperatures were in the 90's with high humidity.  In this 100 year old house without air conditioning it was hard to sleep at night when the temps stay up in the high 80's even in the early hours of the mornings. And then, almost in the twinkling of an eye, most certainly in an hour or two, the temperature dropped 20-25 degrees and Fall was here. 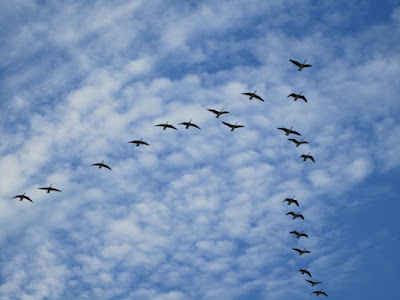 For several days now I see Vees of geese flying south.  A few of the trees just beginning to turn.  The now-fat squirrels have raised their families and are busy darting here and there in the yard burying acorns and nuts for Winter.  They seem to know that perhaps Winter will come early and stay late this year. 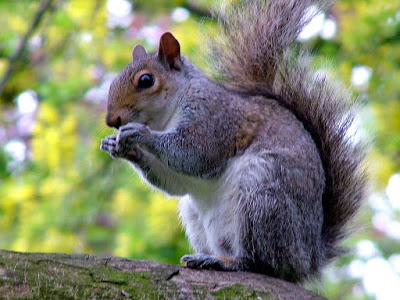 Liz and I are preparing a brochure for the quilting business and needed some photos taken.  Yesterday Beka took some shots of us.  It was amazing the varied backgrounds we found within one half block from her house.  Living in the Historic Jordan, MN downtown has many wonderful props and backgrounds.  Here's one of me. 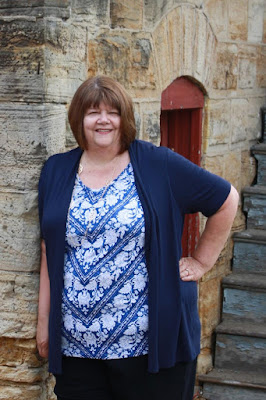 I like this one of the two of us too. 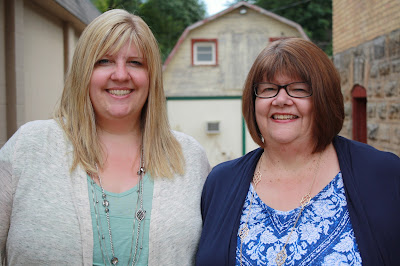 I don't think of myself as photogenic.  It was kind of fun though to be posed in various locations, changing clothes and all.  Beka does a good job!  But I can't begin to think what it would have been like if we tried to take these last week in the heat!  I think Fall is here.  I wonder about Indian Summer? 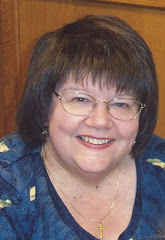